Some New Year's Eve revelers in Carlsbad had a little too much alcohol and called AAA 's toll-free number for a free tow home.
However, they received instructions to call a second toll-free number that offered pornographic conversation.


A spokesman for AAA Texas and New Mexico, Don Ronan, acknowledges the mistake and blames it on a typographical error. He also apologized to anyone who called the number but wasn't able to receive the tow offer.

Short's Wrecker Service owner Roger Short says his company has participated in the national and statewide Tipsy Tow program for the past 10 years. He wasn't aware that the toll-free number was incorrect until he was contacted by the Carlsbad Current-Argus  (  link  ). 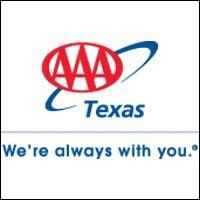